During a varied career, James has been a flute playing elf, circus ringmaster and a dodgy Elvis impersonator in a pair of bejewelled eight inch platform boots (PICTURE NOT AVAILABLE.)

Through it all, he’s been a writer. Whether it’s wedding speeches, comedy material for cabaret artists, pantomimes and shows for schools or professional theatre companies, or just funny one-liners that get as many as three retweets, James has been writing for a long time.

Aged seventeen, a sitcom script he wrote landed him a meeting at Sky Television and while it wasn’t commissioned, it gave James the confidence to keep putting words to paper. Or PDF.

Like the A-Team, he’s now available to hire for your project and while he can’t build a tank in an abandoned barn, he can help you with the words you need. If you require a wedding speech, a show, article or  anything else, don’t hesitate to get in touch. 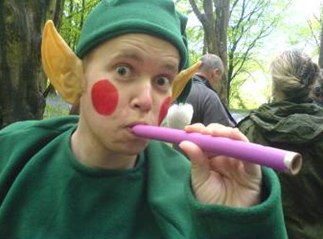 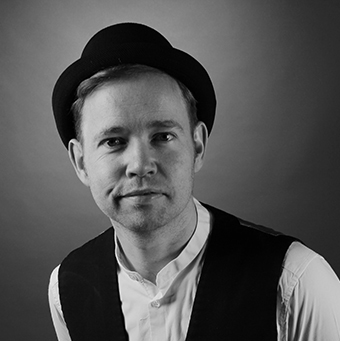 You’ll have to excuse me. I don’t really do hats.